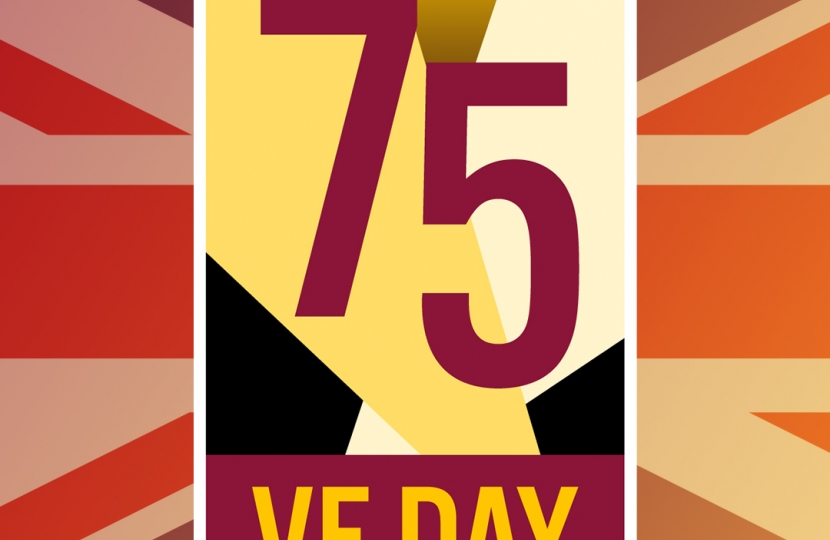 This Friday marks the 75th Anniversary of VE Day, the end of the Second World War in Europe. While many of us were planning to celebrate by coming together for tea parties or street parties, it is important that we adapt our plans to protect our veterans and the most vulnerable in our society.

‘On the 75th Anniversary of VE day we pay tribute to the courage, bravery, and enormous sacrifices made by those during the Second World War.  Although we cannot commemorate as we had intended too and meet up in person, we can all take a moment to pay our respects, and both acknowledge and celebrate the end of the Second World War in Europe.’ -Dr Ben Spencer MP

Despite not being able to commemorate as we had planned, many people are still working to show their support and appreciation for all those who fought to keep us safe.

In addition to the 2 minutes silence at 11am on Friday, and special commemorative broadcasts, people are still finding ways to celebrate within our communities. These include writing a thank you message and sending it to veterans within the community, creating bunting and making posters to display in windows.

The Government has created a toolkit to help, which even has recipes and playlists for those wishing to recreate a real 1940s celebration. Young people have also been set a challenge by historian Dan Snow. This and other educational resources, including free access to ancestry.co.uk, please visit https://ve-vjday75.gov.uk/get-involved/.

If you are planning any VE celebrations, please consider sharing these on social media using the #VEDay75 hashtag, so we can join together online, if not in person, to pay tribute to the Second World War generation this VE Day.

There will be further opportunities to pay tribute to our veterans and all those who supported the war effort later in the year with the anniversary of VJ Day and the official declaration of the end of World War II.

Today marks the start of National Volunteer Week, and while we cannot gather to celebrate the work of the thousands of volunteers within our communities, we have even more to give thanks for.