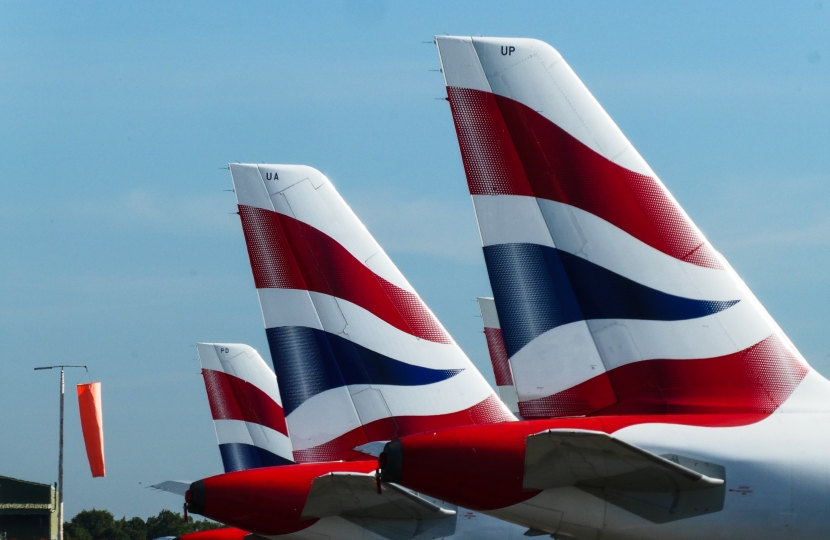 Alex Cruz, CEO of British Airways, today confirmed they have reached a series of deals with Unions representing BA staff. The new agreements, which are currently being put to employees, if accepted, would mean the end to the threat of ‘fire and rehire’, and could protect many of the allowances which form a significant part of employee’s income.

Mr Cruz, giving evidence to the Commons Transport Committee, said he deeply regretted the impact of the pandemic on staff, which has been the worst the industry has ever faced. With no short term revival of the airline industry in sight, the agreements, if approved, would eliminate the need to issue new contracts, and should mean an end to months of stress and anxiety for BA staff, who had been facing a deadline of 19 September to agree new terms.

Mr Cruz also highlighted weekly changes to air corridors, no testing solution and the need to still pay Air Passenger Duty as three major challenges for the industry. Dr Ben Spencer, MP for Runnymede and Weybridge, has been campaigning on behalf of the aviation sector, its businesses and staff, throughout the summer and has raised these exact issues with Government and industry. When asked by Committee member Greg Smith MP why he had not been willing to meet with MPs such as Dr Spencer, Mr Cruz apologised and confirmed he is now willing to meet with MPs.

“I am delighted that progress is being made for the thousands of BA staff who have been facing such uncertainty throughout the summer. While there are still many issues to address, this is a very positive step forward.  I have already written again to Mr Cruz to seek a meeting so that we can continue to build on this progress for the benefit of their airlines, staff, and the sector as a whole.” - Dr Ben Spencer MP

The full evidence session is available here. A copy of the letter to Alex Cruz is available on Dr Spencer's aviation campaign webpage here.

Aviation: Mitigating the Impact of Covid-19

Runnymede and Weybridge benefits from close links to Heathrow, Gatwick, London, and through these the world.  As a result, we are one of the best places in the UK to work and set up a business, and the UK’s aviation industry is key to the success of our local economy: from the many residents dire

Today I met with school leaders from across Runnymede and Weybridge to discuss the challenges facing schools, their pupils and staff.