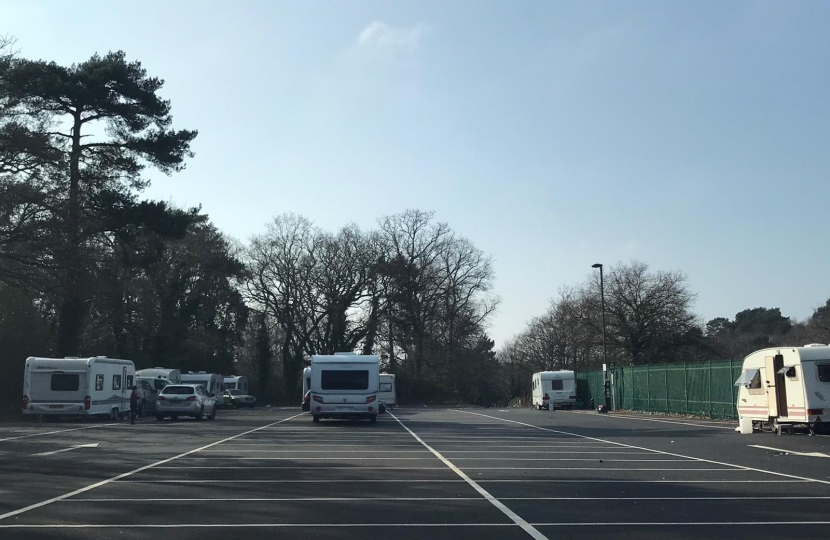 I am aware of a traveller incursion at Weybridge train station car park. Earlier this week I spoke to Elmbridge Police Inspector Bert Dean and Cllr Charu Sood regarding this, and have had a follow up discussion with Rob Moran CEO of Elmbridge Council. At that stage I was informed that despite social media reports, no reports of criminal activity had been received by the local police, and that Elmbridge Borough Council (EBC) were in contact with the occupiers to carry out the necessary welfare checks.

I have now been informed that the occupiers have been served with a notice to leave, and are expected to have vacated the site by 3.30pm today.

I have also been contacted regarding reports of several thefts and a bonfire in the vicinity of the encampment. I am not aware of any evidence of who is responsible for these events, however it is essential that all crime is reported to the police so that they can investigate and deal with it. I continue to work closely with Elmbridge police and EBC, and I remain in close contact with Cllr Sood who is representing a number of residents who have raised concerns.

On the broader issue of traveller sites, I continue to support efforts by all Surrey Districts and Boroughs, supported by Surrey County Council, to establish a transit site in Surrey which will enable unauthorised encampments to be moved on more quickly. A site for this has been identified in Tandridge and a planning application is due to be submitted shortly.